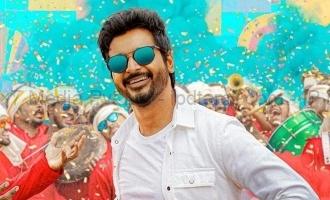 Raising star Sivakarthikeyan’s latest outing Don has already done its best at the box office and also on the OTT platforms. The film which follows the life of an engineering graduate was recently watched by PMK founder and head Ramadoss and he took to his social media account and praised the movie as a must-watch.

Don is a coming-of-age romantic comedy-drama film written and directed by Cibi Chakaravarthi in his directorial debut, and produced by Allirajah Subaskaran of Lyca Productions. Sivakarthikeyan starred in the lead role and co-produced the film under his Sivakarthikeyan Productions.

The film has S. J. Suryah, Priyanka Arul Mohan, and Samuthirakani in pivotal roles and revolves around a reluctant engineering student (Sivakarthikeyan) repeatedly clashing with his college’s discipline mentor, while still trying to figure out his passion in life.

Ramadoss who happened to watch this film recently took to his Twitter and wrote, ‘I saw the movie Don starring actor Sivakarthikeyan. The movie that says “Celebrate Your Parents When They Are With You” is a must-watch movie for everyone!”. Siva also thanked him for his kind words.

He has gotn’t Asked to Be Myspace Friends. Perform We Tell Him How I Feel?